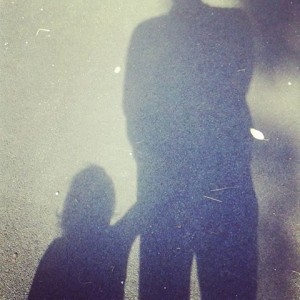 I put it out there to friends and contacts that I wanted to work on something inspiring and linked into my love of Asturian traditional and folk music. An offer came back from my friend, and project director extraordinaire, Lorna Fulton to work with her on a project with the University of Newcastle to raise the profile of the University’s copy of the Alan Lomax Archive.

Alan Lomax was one of the great music collectors of the 20th Century, bringing to prominence the likes of Lead Belly and Woody Guthrie. He also spent several months during 1952 collecting music in Asturias, northern Spain.

I said yes to the offer and with some funding from the Arts Council and logistical help from family and friends, I flew to Asturias to find out what was happening now in the trad/folk scene, make some links and if possible do some field recording.

My first challenge was that my key music contact in Asturias had gone to ground. Lesson one, never rely on one contact. I had a good idea of who a number of musicians were from a previous trip and I had contacts to chase up from Facebook and numbers given to me by friends. My Camino pals, Zach and Paula, provided me with bases in Fuentes and Gijón / Xixón, lovely food and great interpretation skills. My Spanish is improving, but I still have a long way to go.

Responses to my requests to meet were few in the first couple of days. I was feeling a little dejected. I skulked around Arriondas and Ribedesella feeling like the world was against me and I was really missing my family at home. I was wondering, what Alan Lomax would do in this situation, when I was approached by an odd looking character. His trouser legs were too short for him, his head was shaved, his belly hung out and his body language was wide open if not a little awkward. ‘Hey Don Quixote’ he shouted several times, pointing wildly at my moustache. I told him I had no Spanish and thought that would put him off but he asked me if I spoke English. I was very guarded, thought he wanted something from me. He asked me my name; I told him it was John. He told me his name (Juan), shook my hand and welcomed me to Asturias. I walked on quickly and sat in a cafe.

After some reflection it dawned on me that I had been completely closed to Juan, had judged him without giving him a chance and I hadn’t seen the opportunities, professionally and personally, staring me in the face. Walk with an open heart, I had learned on the Camino de Santiago. Alan Lomax would probably have seen an opening to ask some questions. What’s going on in this town? Where is the music? Where are the musicians? Can you introduce me to them? This was simple, obvious stuff that I had lost in the midst of my self-pity and defensiveness. Lesson two, open yourself up to people.

Angry with myself and remembering that I was being paid to be the ‘Professional Stranger’ I did what any self respecting Ethnomusicologist would do, I ordered a cake. Fortified by the Casadielles (fried pastry filled with walnut and anise and covered in sugar) I made a ‘to-do’ list and got on with it.